Officially called the Democratic People’s Republic of Korea (DPRK), North Korea has long been a source of intrigue.

Before we go any further, though, let’s take a quick look at some quick and easy facts.

The DPRK was founded in the northern half of Korea with the assistance of the Soviet Union on September 9, 1948, after a lengthy occupation by Japan.

North Korea’s GDP was estimated at $30 million in 2017, with the countries currency being the Korean People’s Won (KPW).

Now that we’ve got a little bit of a clue about this secretive country let’s look at some of the more fascinating facts!

North and South Korea have been at war since 1950. 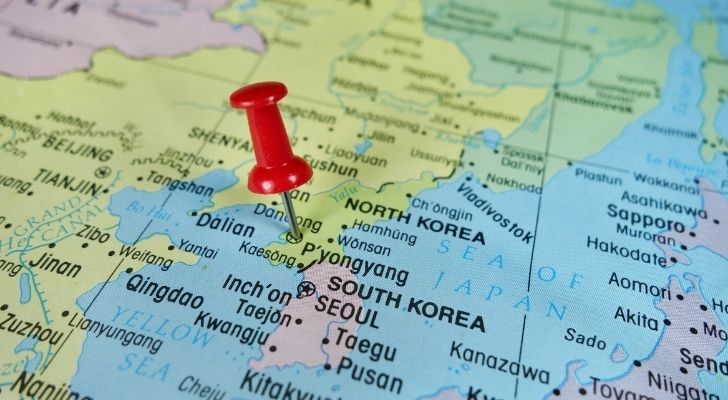 After the occupation of Korea by Japan, with the conclusion of World War II, both Soviet Russia and the US had plans for the country’s future.

While both sides aimed to unify Korea, they had very different ideas for what the newly unified Korea should look like. Any attempts to find common ground failed time and time again.

Tensions rose between the two sides, which eventually led to war breaking out in 1950.

While the war ended up in a stalemate in 1953, there was no official peace treaty signed between the two parties, and thus the war never actually ended. 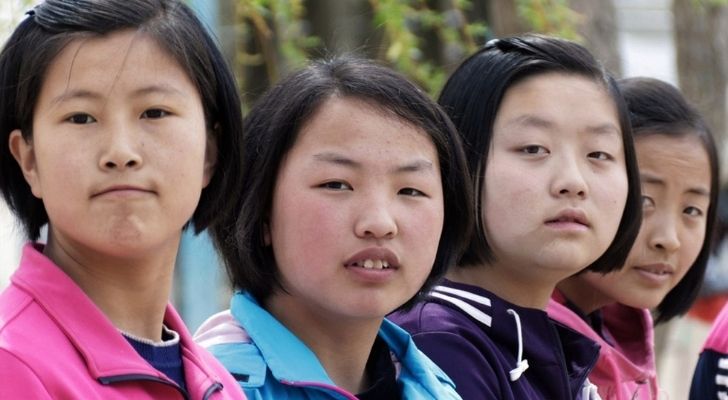 The region, which now consists of both North and South Korea, has been one single unified country for lengthy periods of history.

This unification has been split ever since the two sides of the country separated after World War II.

As far as North Korea is concerned, there is no split.

Technically they are the Democratic People’s Republic of Korea, and although they may only control the north of the Korean Peninsula, they are all Korean.

According to them, the people in the south are also citizens of the DPRK and thus also Koreans, but in this case, these Koreans are being oppressed by an illegitimate government.

The same family has ruled North Korea since it was founded. 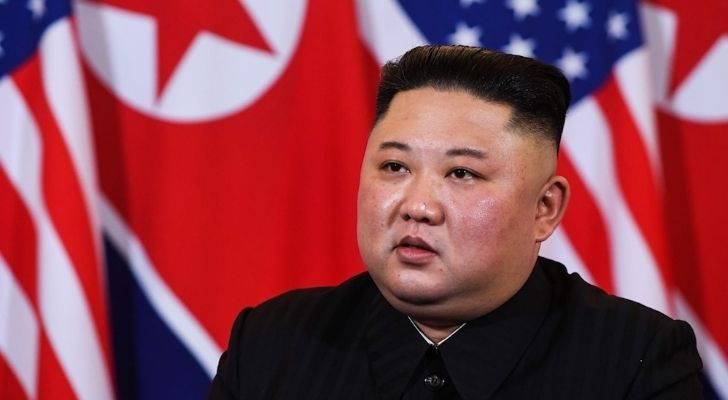 The first leader of the Democratic People’s Republic of Korea was Kim Il Sung, who rose to power through his actions as a revolutionary guerrilla fighter in World War II.

He spent a significant amount of time in Communist China and the USSR, which resulted in him being placed in control of Soviet-controlled North Korea.

When the DPRK formed, Kim Il Sung was at the helm. He reigned from 1948 until he died in 1994, during which time he earned the title “Great Leader.”

Kim Jong Il succeeded his father in a highly unorthodox move for a communist state.

Kim Jong Il was said to have been an incredibly temperamental ruler with an over-inflated sense of self-importance, which often undermined his ability to rule.

Despite this, he earned the title “Dear Leader” and reigned until he died in 2011. Kim Jong Un was then appointed as the next leader of the country.

Since taking on the role of the Supreme Leader in 2011, Kim Jong Un has ruled the country with an iron fist, much like his forefathers.

Pyongyang’s stadium is the largest in the world. 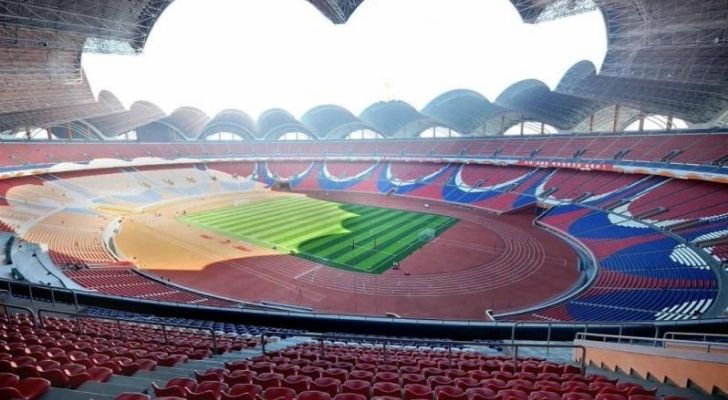 Despite being constructed all the way back in 1989, North Korea’s May Day stadium has the largest seating capacity in the world, with a mind-blowing 150,000 seats.

The stadium sees the most use during the country’s famous annual Mass Games; an event focused primarily around tightly choreographed dances and impressive gymnastics displays. 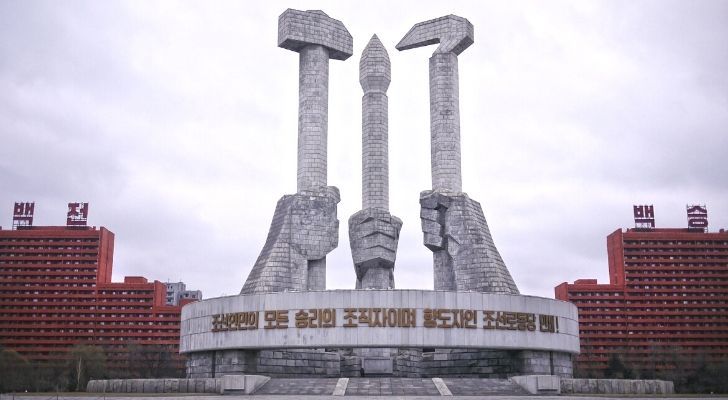 A common misconception regarding North Korea is that it’s still a communist country.

While Kim Il Sung believed in socialism and communism, the country he established rapidly became less and less communist as the years went by.

Many classic communist practices were thrown out the window and replaced, as is seen with the country’s new ruling dynasty.

The DPRK replaced their communistic principles with Juche, a uniquely North Korean political ideology thought up by Kim Il Sung, which focuses primarily on self-reliance.

All mention of communism was slowly removed from official state writing, with the word being struck out of the constitution completely by 2009.

North Korea has its own calendar. 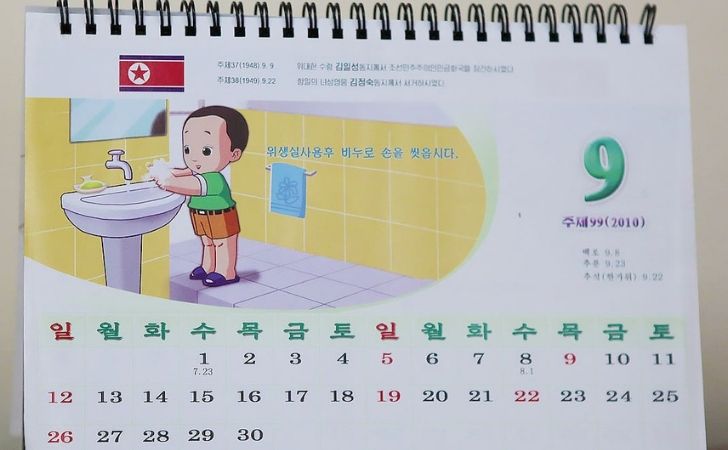 The majority of the world uses the Gregorian calendar, a calendar that connects the years to the birth of Jesus Christ (BC or AD).

North Korea actually has a similar system, but instead, it is based upon the birth of the Great Leader Kim Il Sung.

The first year in the Democratic People’s Republic of Korea calendar, or Juche calendar, began in 1912, despite the calendar only being put in place in 1997.

Only one art studio in North Korea is allowed to produce artwork of the country’s leaders. 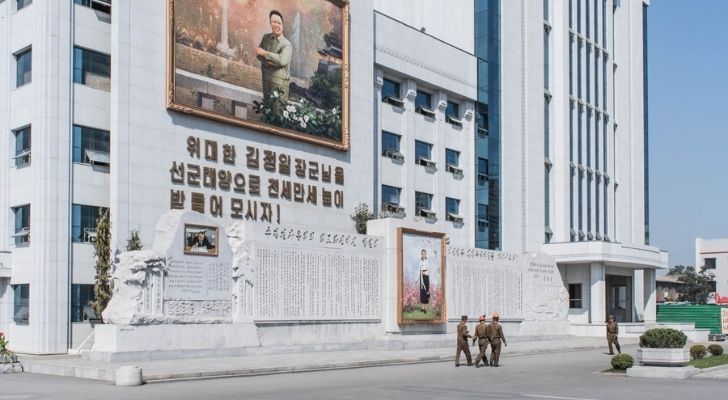 Located in the country’s capital of Pyongyang, the Mansudae Art Studio is actually one of the largest art studios in the world.

It strictly employs only the best artists the state can find, all of which come from the best art academies.

Some of the nation’s greatest monuments were designed and constructed in this monolithic art studio. 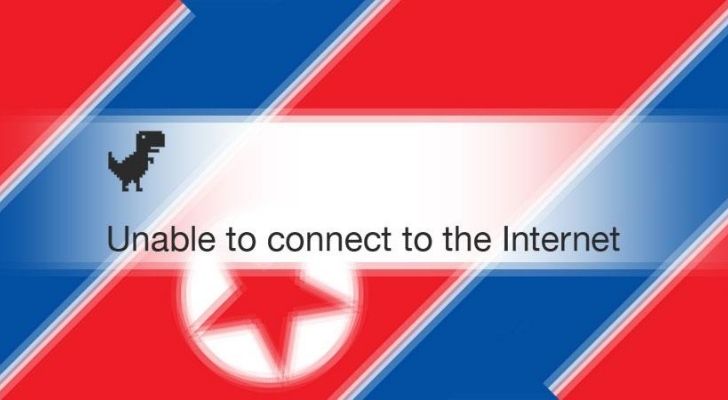 Except for one or two thousand chosen elites, that is. The rest of the country is completely blocked off from the internet.

If you happen to live in Pyongyang or one of North Korea’s other major cities and either work or study in an advanced field, then you may be allowed to access the country’s own Intranet, Kwangmyong.

This network runs within the country and allows extremely limited access to a number of heavily censored state-approved websites and a simple e-mail client.

The only people other than the elite who are allowed to access the real internet are people who work in the government’s propaganda or hacking units.

Such positions tend to be highly prestigious with exorbitant salaries and privileges to prevent these people from fleeing the country once they get an idea of how much greener the grass is on the other side. 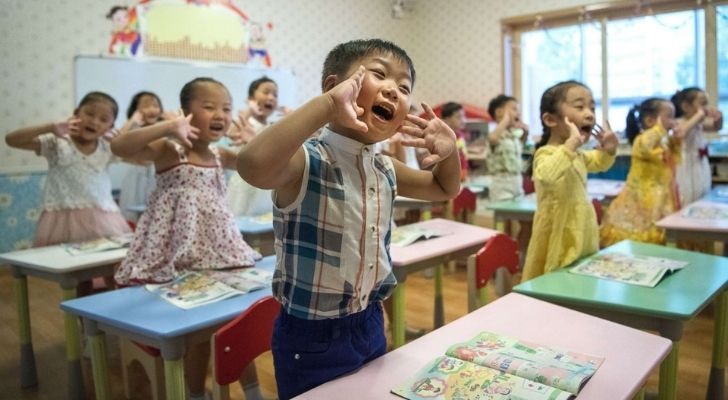 Education seems to be highly valued in North Korea, with the state providing free kindergarten, primary school, secondary school, and even university education to all citizens.

While it is expected that the educational system in North Korea may be severely lacking in some areas (especially regarding international relations, for example), some areas such as literacy rates do seem to be greatly successful.

Only two countries have visa-free travel to North Korea. 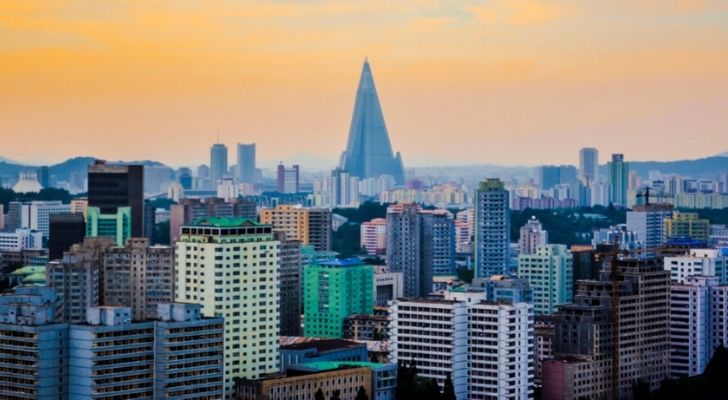 Unless you’ve got a Malaysian or Singaporean passport, you’re going to have to apply for a visa to visit North Korea.

Even if you do, it’s still not easy!

Anyone who wishes to visit North Korea must travel with a state-approved tour agency.

North Korea has the fourth-largest army in the world! 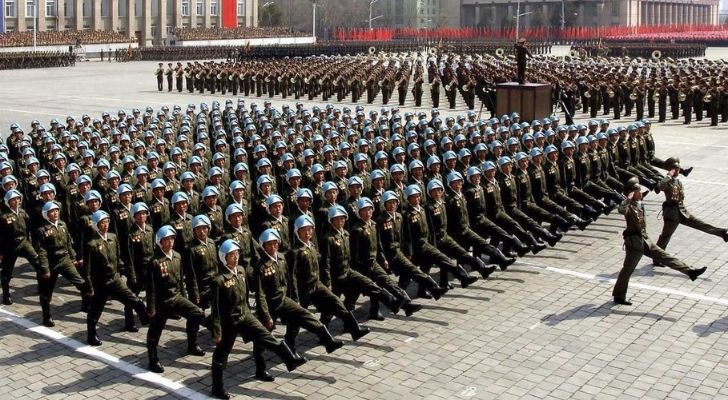 In the 1990s, Kim Jong Il introduced Songun, a military-first policy that redefined the future of the country.

Conscription is mandatory for both men and women in North Korea. 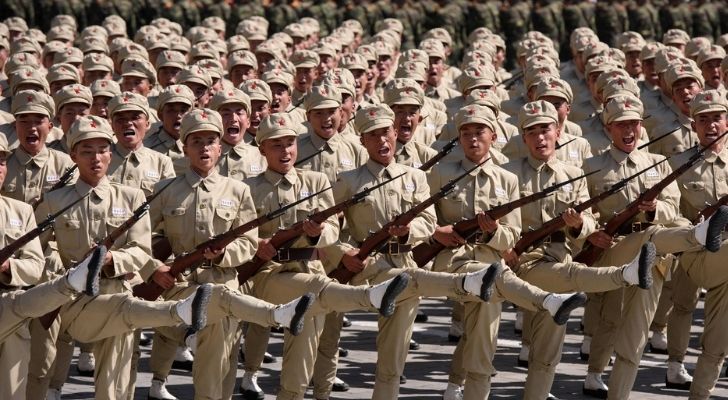 The largest reason for North Korea’s high military numbers comes down to one simple policy – conscription.

Up until 2015, conscription was only mandatory for male citizens, with women given the opportunity to enlist if they wished to.

The changes put in place made conscription for women mandatory until the age of 23.

On the other hand, military service for men lasts at least 10 years and begins from the age of 17. 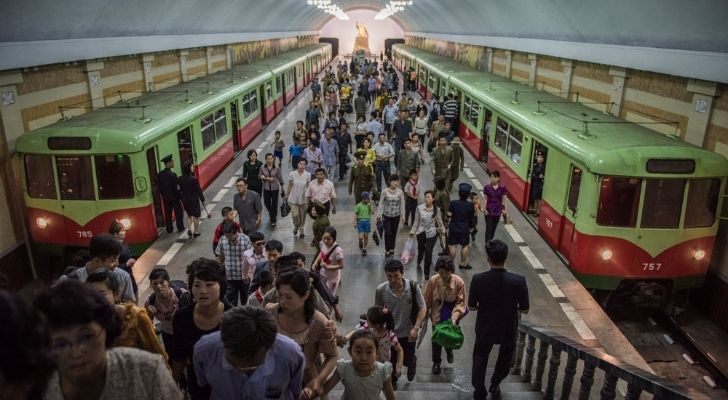 If you’ve ever visited the metro in Moscow, Tbilisi, Kyiv, or any other former soviet city important enough to be graced with a Soviet metro system, then North Korea’s metro system in Pyongyang will be a strangely familiar sight.

One reason the metro runs so deep is that each station doubles as a nuclear bunker, much like many other Soviet-era systems. 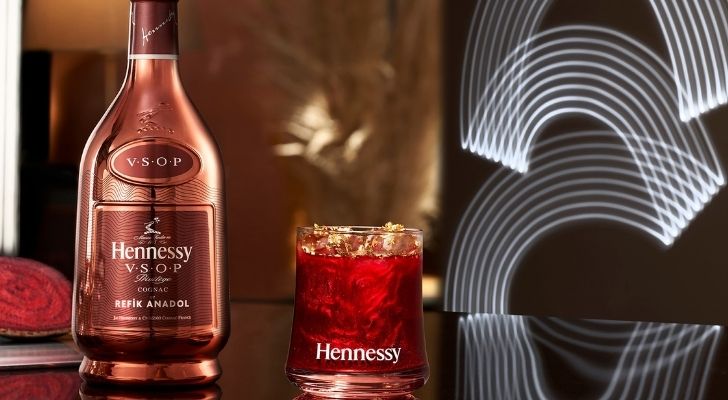 While his fashion choices might have said otherwise, he was actually the world’s top consumer of Hennessy cognac.

It was reported that Kim Jong Il spent upwards of $300 million each year on luxury products, but that’s nothing compared to the numbers Kim Jong Un has racked up since his rise to power in 2011.

Within just one year as leader, Kim Jong Un had already spent some $600+ million on similar products.

North Korea actually has its own space program. 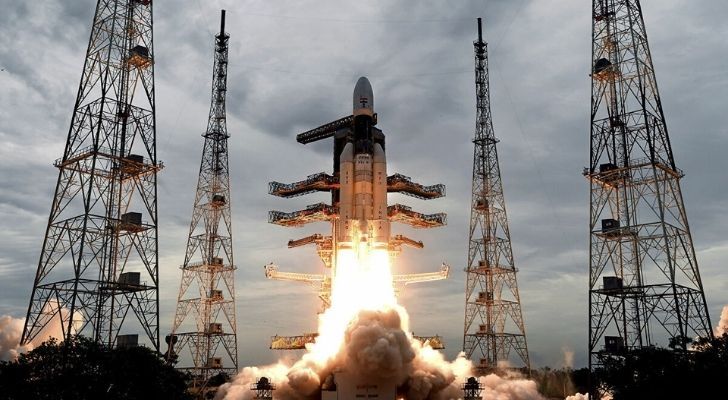 The success of the program differs greatly depending on who you ask.

North Korea’s government claimed that the launch was successful, but no objects were ever tracked in orbit from the launch. Outside North Korea, the launch is considered to have been a failure.

There have been four launches since, with the latest taking place in 2016.

The two satellites which actually reached orbit both failed to function. According to North Korea, all launches have, of course, been great successes.

There are just four TV channels in North Korea. 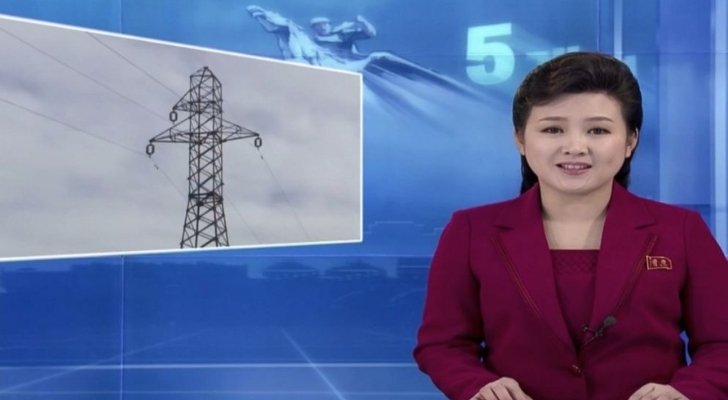 Media in North Korea is entirely state-run, which allows the government to control exactly what its citizens are exposed to.

The four TV channels which citizens can tune into are: 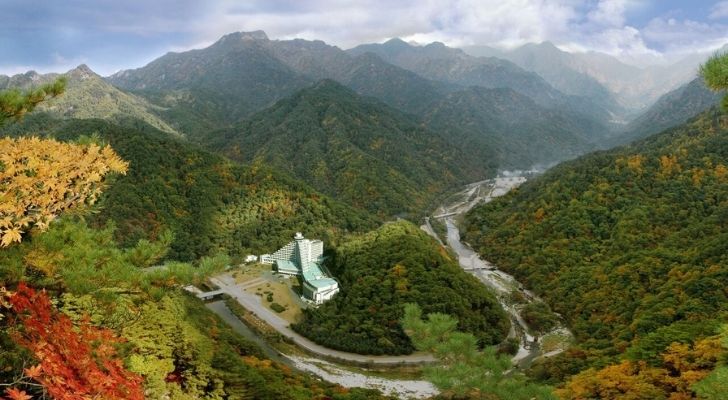 When most people think of North Korea, they think of brutalist architecture and an oppressive state.

While this is, unfortunately, the ugly reality in North Korea, the more beautiful parts of the country are quite often missed in the headlines.

The country, for example, is home to much natural beauty.

The Pacific coast, for example, has several picturesque beaches with golden sands.

If you head inland to Mount Myohyang, you’ll be blessed with stunning mountainscapes, lush forests, and adventurous hiking trails.

There’s certainly more than meets the eye to this secretive country.

Power cuts are a common problem in North Korea. 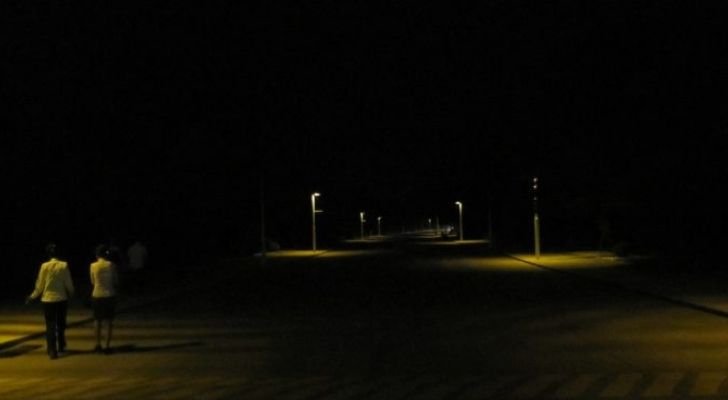 The vast majority of North Korea’s electrical infrastructure is outdated and falling apart.

While the country is actually pushing to replace their current fossil-fuel-based power plants with renewable sources, that doesn’t solve the present problem of a highly irregular power supply.

Many common electronics, such as televisions, are only powered for certain periods of the day to prevent the grid from being overloaded.

Rollerblading never went out of fashion in Pyongyang. 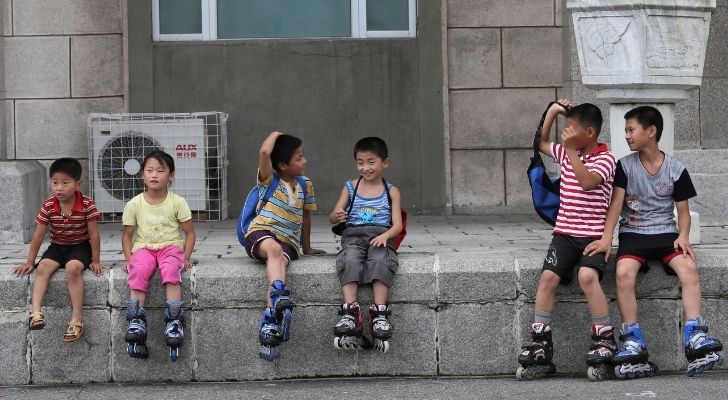 While rollerblading lost its cool in most countries back in the 2000s, that was apparently not the case for North Korea!

Kim Jong Un introduced the sport to the country on a large scale shortly after taking control of the country in 2011.

Nowadays, you can find parks specifically designed for rollerblading spread throughout the country’s capital. 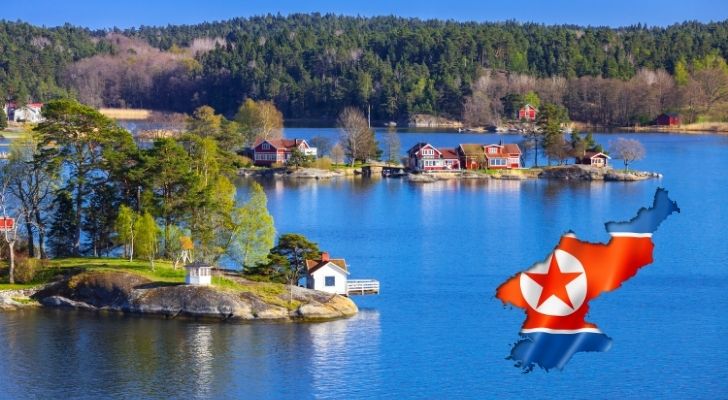 In the 1970s, Sweden jumped at the opportunity to make trade deals with North Korea as it appeared they were in the midst of an economic boom.

One such deal was the sale of 1,000 brand new Volvo sedans, all of which were delivered before payment was made– something the company would come to regret, considering North Korea never got around to making good on their deal.

Each year the Swedish government re-calculates how much North Korea owes them, adding interest, of course.

North Korea may have once been a highly secretive country, but this is slowly starting to change.

More and more westerners are being allowed to visit and report home about the sights and wonders they experience there.

While every tourist is only shown a well-curated version of the country, it still gives a large degree of insight into the inner workings of North Korea.

Just remember, just because you hear something about the country doesn’t mean it’s true!