Nicknamed “The Great Lakes State” but also known as “The Wolverine State,” “The Mitten State,” and “Water-Winter Wonderland,” Michigan was the 26th state to join the United States of America on January 26, 1837.

Michigan is bordered by the states of Indiana, Minnesota, Wisconsin, Illinois, and Ohio.

The capital of Michigan is Lansing, which is situated in the south of the state.

That’s enough fast facts about the Great Lakes State for now, though; we’re here to learn some of the truly interesting facts! 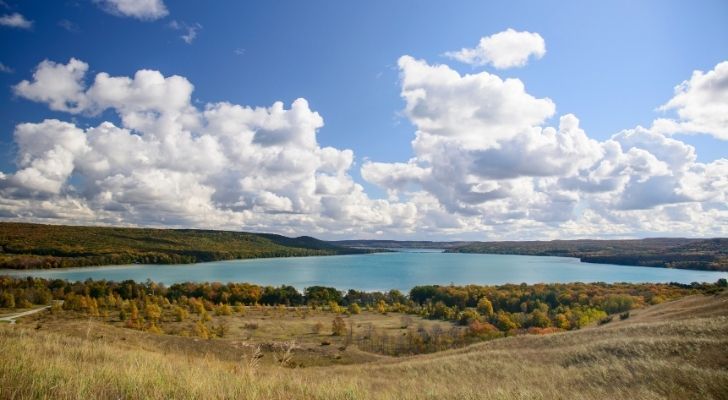 The name of Michigan, like many other names from the region, is a bastardization of a word from a local Native American tribe.

In this case, Michigan comes from the word mishigami, which also means “large lake.”

Mishigami is from the Ojibwe people, who spoke a variant of the enormous Algonquian language family.

Michigan has been inhabited for more than 13,000 years! 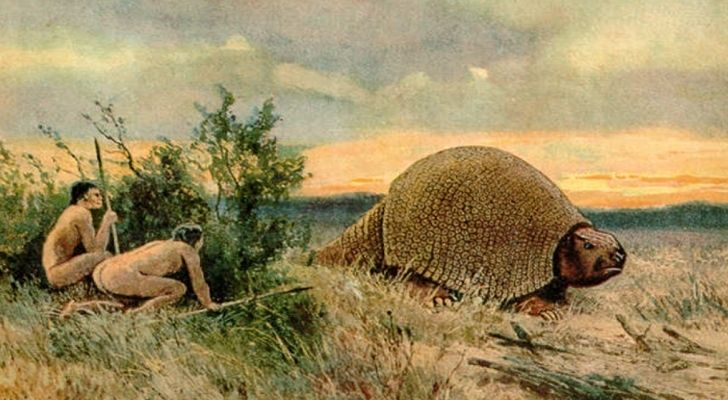 Like with the vast majority of North America, Michigan was first inhabited by a group of people referred to as the Paleo-Indians.

These first people lived, thrived, and survived by living off the land, hunting animals, and foraging when and where they could.

They originally didn’t live in the Americas, though; instead, they had crossed from the far east of modern-day Russia into Alaska via the Bering Strait.

The only archaeological evidence we have of their existence are a number of stone tools and arrowheads, which have been dated back to at least 11,000 BC!

The first Europeans to explore Michigan were the French.

Brûlé was quite different from the many explorers at the time, in the sense that before he ever set out on any real journeys, he got to know the customs and language of one of the local Native American tribes, the Huron.

His language and culture studies allowed him to work as an interpreter and guide for another famous French Explorer, Samuel de Champlain.

Brûlé set out on his journey to the Great Lakes region at the request of Champlain, reaching as far inland as the Upper Peninsula of Michigan.

By 1760 there were only a few hundred white settlers in Michigan. 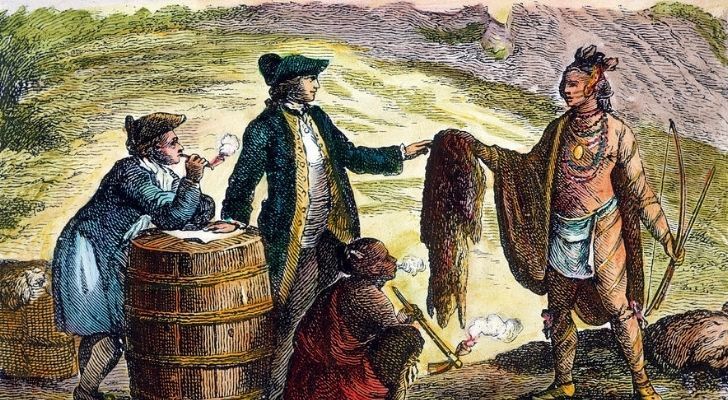 The French initially had little interest in the Michigan region, and as such, the first settlements were little more than fur trading outposts and forts, with a few minor villages scattered around.

One of the more notable early settlements was Fort Pontchartrain de Détroit, established in 1701, which would later become Detroit, the largest city in the US state of Michigan. 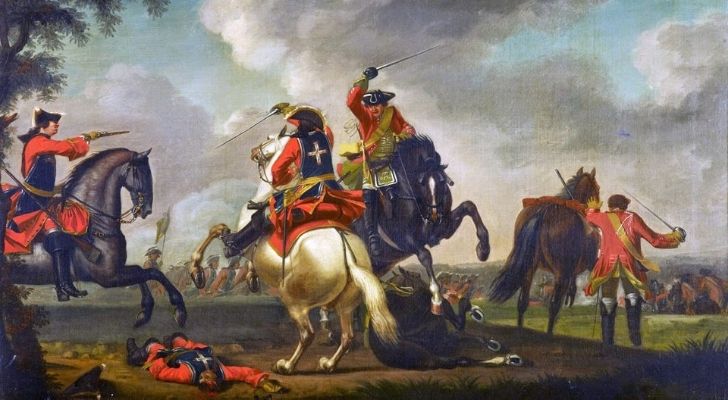 Tensions were high in the region between the French and the British, who all vied for control of the region’s lucrative fur trade.

This tension built up to the point that war broke out between the two, which became known as the Seven Years War.

France lost the war to Britain, and as such, they gave up ownership of much of their land to Britain, including Michigan.

The Native American tribes of the region much preferred the treatment they received from the French, so when the British took control, they revolted under the leadership of Pontiac, a chieftain from the Odawa tribe.

The war ended through several treaties, which for the most part, increased the rights and freedoms of the warring tribes.

British forces captured Detroit over and over again in its early years. 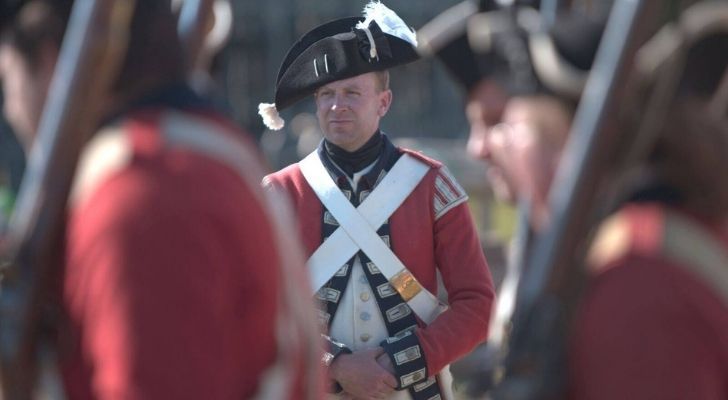 The first time it happened was during the American Revolution. The majority of the white settlers in the region favored the United States and thus aided in the rebellion.

Britain swiftly massed both their own forces and the forces of the surrounding Native American tribes and retaliated against the various communities in Michigan.

One of these settlements was Detroit, which they captured in 1776.

Even though the war ended with the signing of the Paris Treaty in 1783, Britain didn’t release their hold of Detroit until much later in 1794.

Peace in Detroit was to be short-lived, though, as, during the War of 1812, Britain sent forces from Canada to recapture Detroit one last time, this time only holding it for one year.

The population of Michigan exploded between 1825 and 1840. 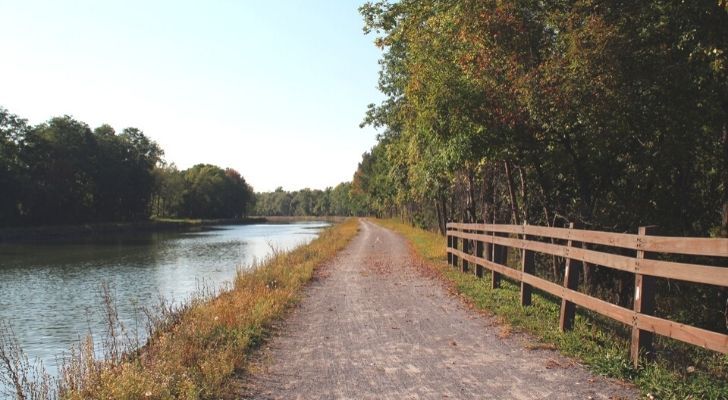 No, silly, not that kind of explosion. Up until the 1820’s the number of Americans in Michigan was still incredibly low for a state of such size.

Like with many other states in the region, the biggest issue was a lack of accessibility and constant turmoil.

This all changed with the construction of the Erie Canal, which was completed in 1825.

According to US census data, the population of Michigan in 1820 was just 8,896, excluding Native Americans.

This is nothing, though, considering the fact that by 1840 the population had reached a whopping 212,267, all thanks to the new canal! 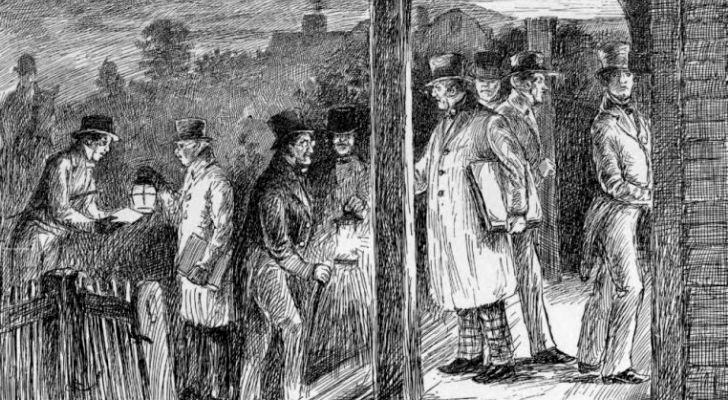 Although this war was more of a legal battle than a physical battle, it was still pretty serious!

Known as the Toledo War, the battle was fought over the border between Ohio and Michigan.

The boundaries between the two regions had been a little unclear ever since the Northwest Territory was founded in 1787.

The uncertainty left a region known as the Toledo Strip in a sort of no-mans-land.

The local residents identified themselves with Michigan and voted in Michigan.

When Michigan was making preparations to become a state in 1835, the local governor, a young man of 19 called Stevens T. Mason, organized a force to head to the Toledo strip to imprison anyone who stated that the land was anything but Michigan.

This forced the US Congress to intervene, leading to a two-year negotiations process between Ohio and Michigan to find a compromise.

The Toledo War is said to be the source of Michigan’s nickname “The Wolverine State,” as it was a term used by Ohioans for Michiganders, as they considered wolverines ugly, greedy animals.

Detroit was originally the state capital of Michigan. 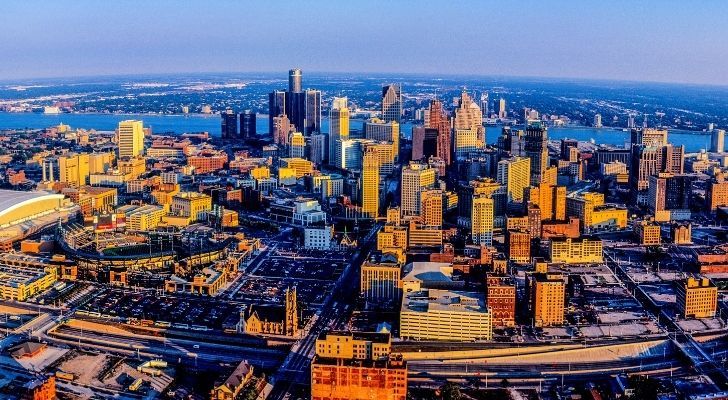 When Michigan attained statehood in 1837, it was understood that it would require a secure permanent seat of government from which the state could flourish.

Detroit was initially considered the largest city in the new state, although it was rejected due to its close proximity to a foreign border.

Another factor for its rejection was an idea at the time that large cities were a bad idea for a state capital, as there would be more room for corruption within the state government.

Instead, it was decided that Detroit should act as capital for ten years until a better alternative could be found.

After many years of debate, the small and uninteresting town of Lansing was chosen, mainly for its central location within the south of the state.

A US president once sued a minor Michigan newspaper for slandering him. 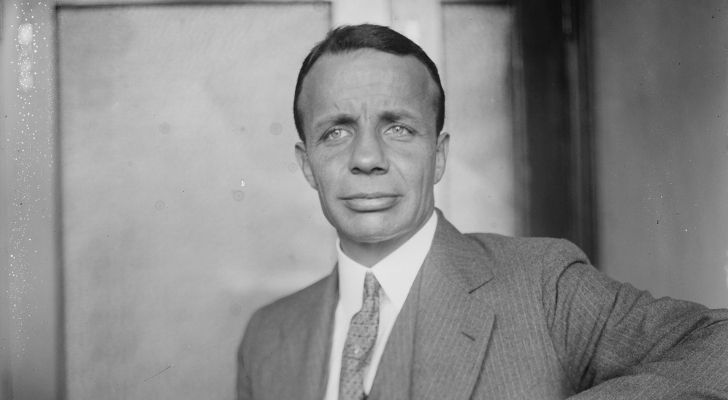 The 26th President of the United States of America, Theodore Roosevelt Jr., was less than pleased when he found out that a minor newspaper for the town of Marquette was making false claims against him.

Various rumors spread that Roosevelt was a bit of a drunken fool, though no one had dared to publish their thoughts – until the Iron Ore newspaper, that is.

The president made the journey to the town to sue the newspaper for slandering him and ended up winning the lawsuit.

It turns out that the claims were far from accurate, and his favorite drink was actually milk! 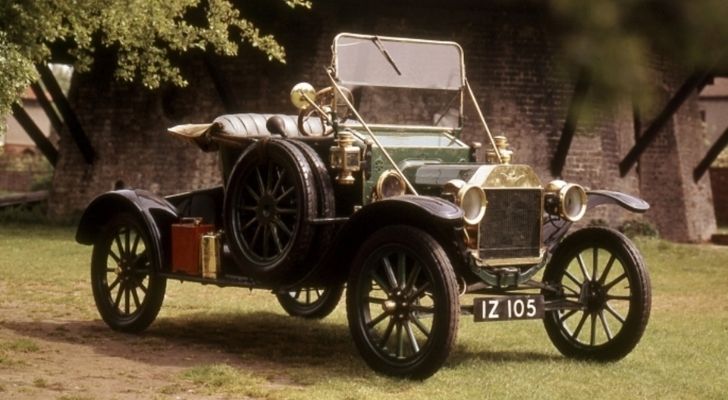 Michigan may not have been where cars were invented, but it sure was where they gained popularity!

Henry Ford himself was from Michigan, and it was in his hometown where he experimented with many different styles and designs in the early 20th Century.

It wasn’t until the release in 1908 of the Model T Ford, lovingly known as the Tin Lizzie, that the Ford Motor Company started to take off.

By the 1920s, this Michigan-based motor company produced over 50% of all cars in the US, with another 10% coming from other companies based around the state.

Michigan has its own version of the Bermuda Triangle. 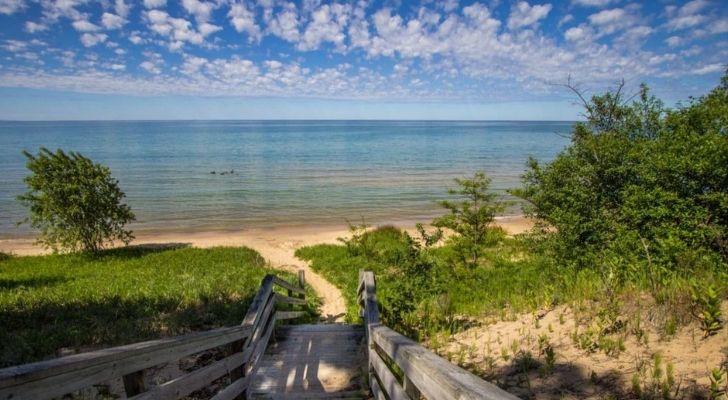 The Michigan Triangle, although relatively unremarkable in name, has been the cause of enough bizarre events to steer the superstitious away.

Just like the Bermuda Triangle, the Michigan Triangle also stretches over a body of water.

In this case, it is within the confines of a triangular piece of Lake Michigan stretching from Benton Harbor to Ludington, Michigan, to Manitowac in Wisconsin.

The first reported mystery was in 1891 when a ship called the Thomas Hume was caught out in the middle of the lake while doing a run-of-the-mill job to pick up lumber.

No one really knows what happened to the Thomas Hume, though, as no trace of the crew or the ship was ever seen again.

Since then, the Michigan Harbor has claimed many lives while still remaining a mystery.

It’s possible to see the northern lights in Michigan. 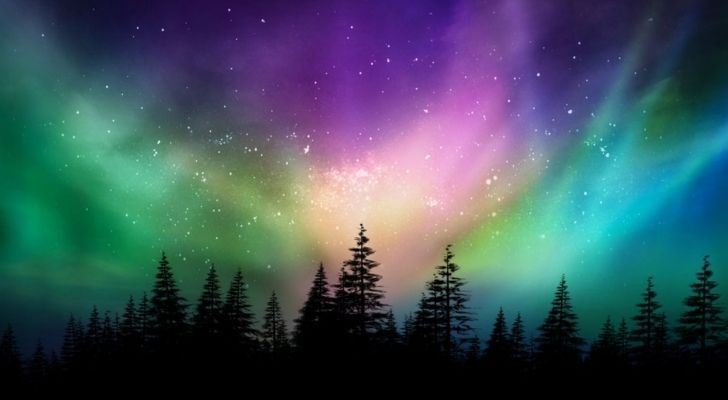 Forget making the trek all the way to Alaska, Iceland, or similar sounding places!

It may come as quite a surprise to you, but it’s actually possible to see the aurora borealis if you make your way to Northern Michigan.

Michigan is lucky to have some regions left where there’s minimal light pollution.

The biggest issue with witnessing this marvel here is simply the towering trees, although this can be avoided by heading to the shores of Lake Superior or Lake Huron.

There are more miles of freshwater shoreline in Michigan than in any other US state. 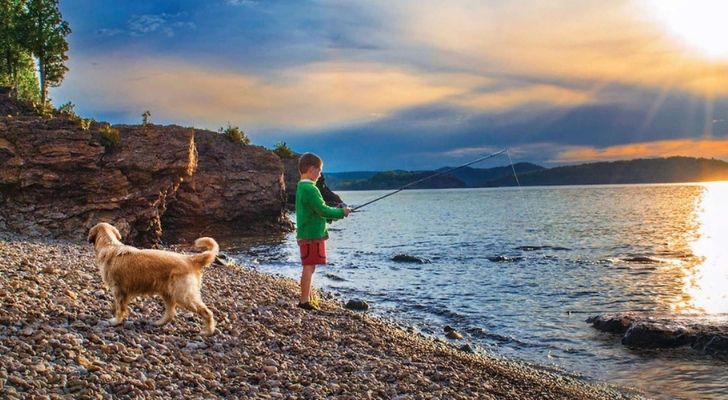 In fact, there are 3,288 miles of freshwater shoreline thanks to the neighboring Lake Huron, Lake Michigan, and a fraction of Lake Erie.

While locals know to steer clear of the Michigan Triangle, there are plenty of activities to enjoy along these beautiful stretches of shoreline.

Michigan once had its own kingdom of sorts. 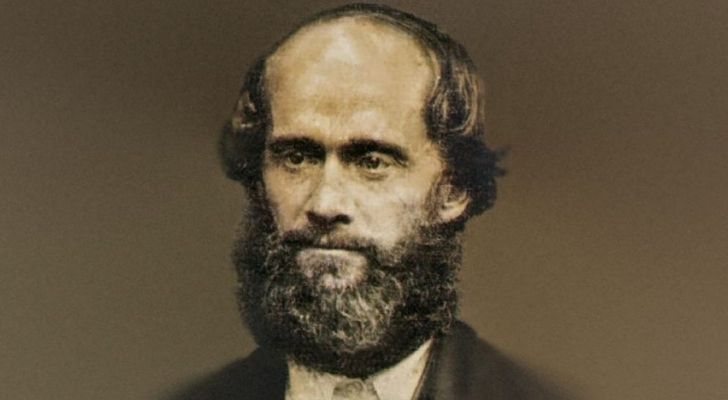 To tell this story, we need to backtrack to the early 19th Century, to the death of Joseph Smith, the founder of the Church of the Latter-Day Saints.

Following their leader’s death, these early Mormons split up into various groups, with some following the lead of James J. Strang to Beaver Island, Michigan, where they founded the town of St. James.

Not long after their arrival, Strang succumbed to illusions of grandeur and decided to name himself king.

His rule didn’t last very long, though, as it upset more than a few people in the region.

Strang’s followers were promptly removed from the island, and the kingdom was no more.

Michigan is one of those states that’s absolutely packed with a fascinating history.

Like many northern states, Michigan’s land was fought over for many years between the French, the British, and eventually Americans.

It’s no small wonder, either, when you gaze out across the endless waters of Lake Huron, Lake Michigan, and Lake Superior.

Since we’re talking about history, Michigan has played its fair share in making it, with help from the likes of Henry Ford.