The common lime found worldwide is a small green citrus fruit with an acidic-yet-sweet taste that simply can’t be found elsewhere.

While limes may not always be a star of the show, life wouldn’t be the same without them!

In light of this, let’s take a look at nine fruity facts about limes!

There are so many more kinds of limes than you would expect. 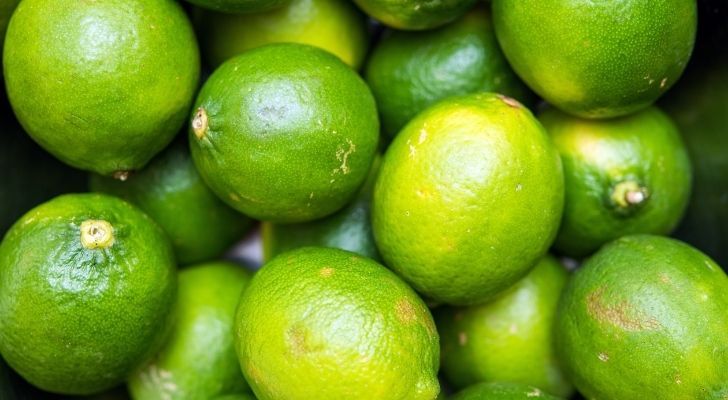 While everyone worldwide can agree that lime is a citrus that’s sweet yet sour, that’s pretty much where it stops.

The issue is that wherever you are in the world, limes will generally be referred to as limes, regardless of the species.

It’s only in certain cases that they will be referred to more specifically. The most common lime produced worldwide is the Persian lime (Citrus × latifolia), which, funnily enough, first became popular and were grown on a large scale in Persia (now Iran).

The second most common lime would be the Key lime (Citrus × aurantiifolia), a much smaller, more spherical lime with a significantly sweeter taste.

The Key lime is also known as the Mexican lime. Another popular lime is the Kaffir lime (Citrus hystrix), which is almost exclusively referred to as a Kaffir lime, not just a lime.

It’s almost only ever used in Southeast Asian cooking, with both the fruit and the leaves being used.

Limes constantly mutate with other species. 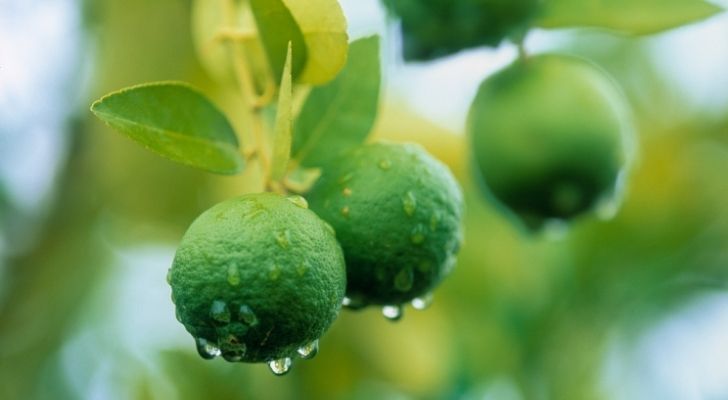 If the previous fact confused you, don’t worry.

The biggest issue with limes and trying to sort them out by species is that they’re constantly mutating!

Different species within the lime category constantly mix with other species, creating more and more unique species of limes.

In fact, nearly all limes consumed around the world are actually hybrids!

Limes are actually quite different from lemons. 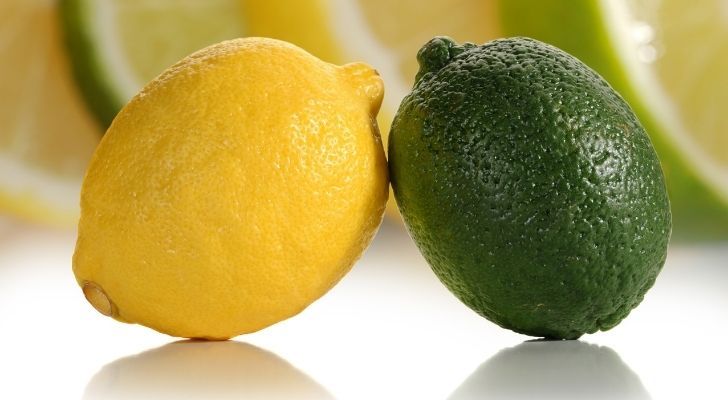 Lemons and limes are quite often said to be interchangeable in cooking, which is something that I couldn’t disagree more with.

While in some cases it will turn out okay, in others it simply wouldn’t – imagine a Key lime pie made with lemons?

The thing is that while lemons and limes are both sour and acidic, that’s where the similarities end.

Lemons can be used more universally as they have a sweeter taste, while limes excel in uses where you really need a strong sour, acidic kick (like on tacos or in a margarita!) 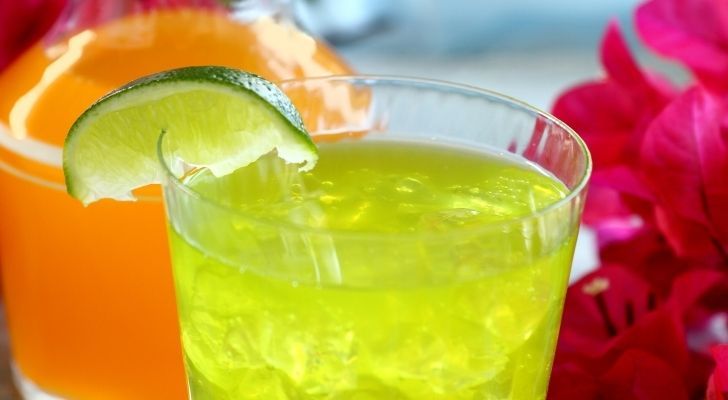 The juice of limes is often used either as the main flavor or an enhancer in alcoholic and non-alcoholic drinks.

Thanks to the acidity of the juice, it’s also quite frequently used in marinades for meat.

Limes are also commonly pickled whole in India and are an integral part of South Indian cuisine.

The juice of the Key lime is also used in the famous American dessert, Key lime pie.

The use of limes was once a British military secret. 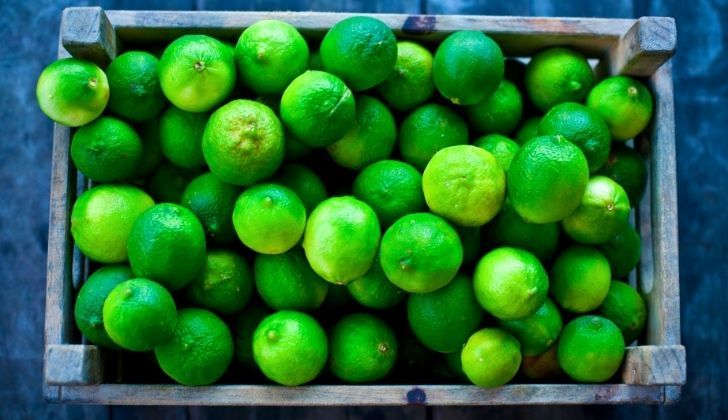 Back in the old days, when the world’s great nations still navigated the seas in ships with sails, there was an issue that prevented sailors from spending any great periods of time at sea.

This problem was scurvy, an as yet unseen disease that essentially started to make your body fall apart bit by bit if you didn’t get enough vitamin C in your diet.

The British Navy combated this by rationing out citrus to their sailors.

At first, they issued out lemons but later switched to limes.

This was kept as a military secret because it gave them an advantage over other nations’ navies, who were also affected by scurvy. 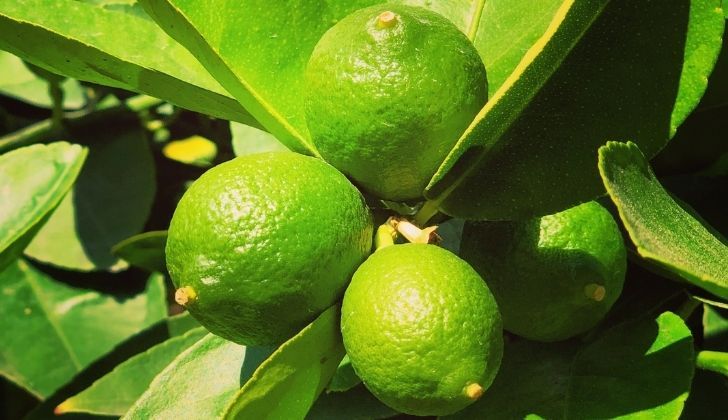 While we’re not exactly sure, we do have a pretty good idea of where the first limes came from.

Some of the first limes found in the wild were recorded in Southeast Asia, possibly originating in Indonesia.

Limes were not seen elsewhere in the world until around 1,000 AD, when it is theorized that Arabian traders transported limes overland from India to Africa and parts of the Mediterranean.

It wasn’t until the 12th or 13th century that limes were seen further west when they were brought back by Crusaders returning home.

Some species of lime are actually yellow when ripe! 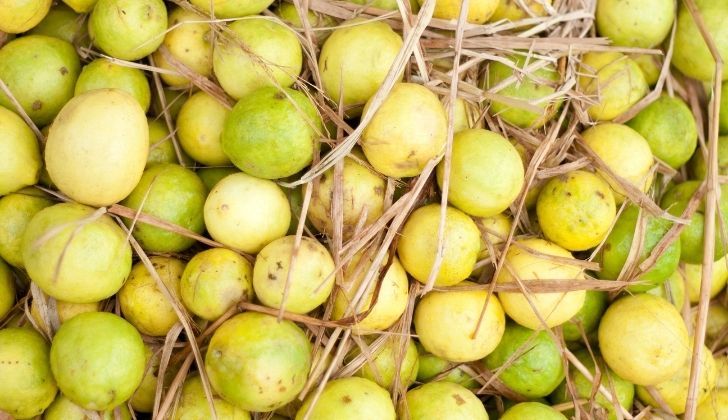 I’m not sure about you, but this one blew my mind!

As far as most people are concerned, limes are green, and lemons are yellow.

It turns out that this isn’t always the case, though.

The Persian lime, for example, turns yellow when fully ripe.

For this reason, it’s not commonly found in markets as it gets confused for lemons. Instead, it’s used for most commercial purposes.

An Australian species of lime has a surprising secret. 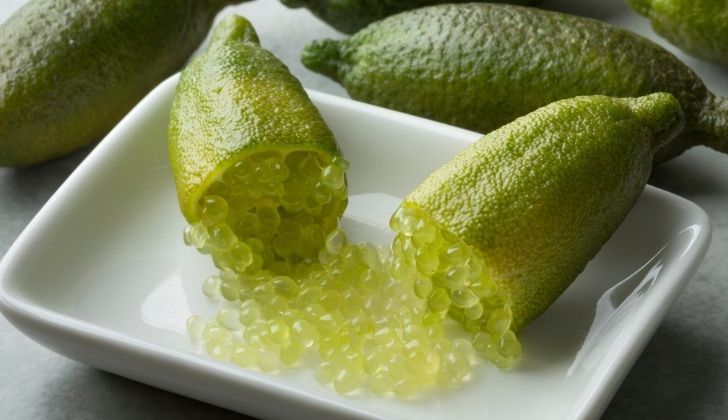 It’s about 2-3 inches (5-7.5 cm) long and quite thin and altogether looks rather unappealing.

Once you cut it, though, you’re in for a surprise! The small pearl-shaped vessels which hold the juice of the lime pop out of the skin with ease.

When placed on the tongue, they pop open just like caviar, releasing an almost overwhelming lemony-lime flavor that can’t be beaten!

For this reason, they’re referred to commonly as lime caviar.

Limes are great for your health! 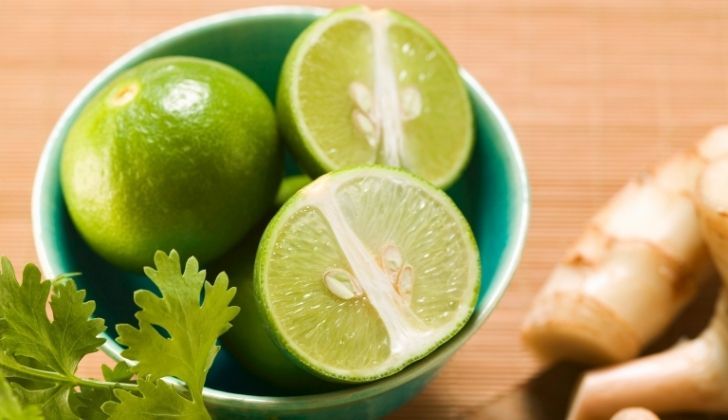 To start with, the juice and skin are high in antioxidants.

The Kaffir lime has also been found to have anti-bacterial properties, excellent against E. coli (that’s the bacteria that most commonly gives you food poisoning!).

While limes may not be as universally used as lemons, they certainly deliver a fantastic fruity taste that can’t be beaten when used right.

Whether you’re looking for a fresh and tasty vitamin C boost, or a way to give a fantastic kick to a dish, you really can’t go wrong with a lime – just make sure you choose the right kind of lime for the job!