The blue jay is a native bird to North America and can be found as far north as Canada and as far south as Central America.

Blue jays are mysterious birds and have qualities that are very different from most other birds.

These unique creatures have interested scientists for many years with their unpredictable activity.

Here are nine fascinating facts about the blue jay bird. 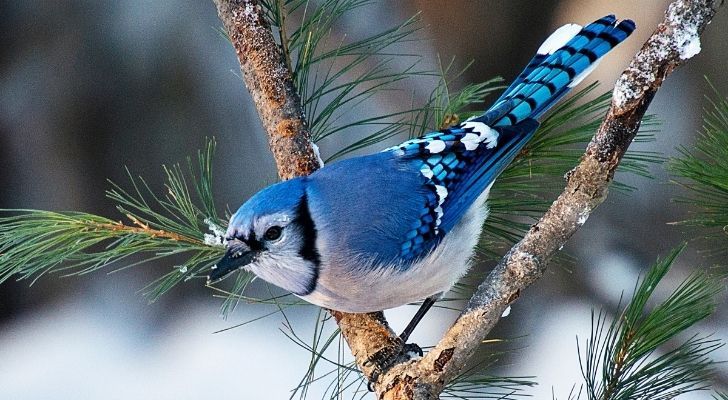 Although blue jays appear to have blue feathers, they, in fact, aren’t blue; they are brown.

If you were to take a blue jay’s feather and break it down, the pigment left would be brown.

This is due to light scattering, which is when light passes through an object and is not reflected off of it.

To put it simply, when light hits a blue jay feather, all the colors pass through except blue due to a special cell found in their feathers.

This can also be seen when blue jays feathers become wet; they turn brown to their true natural color.

Male and female blue jays are the same color. 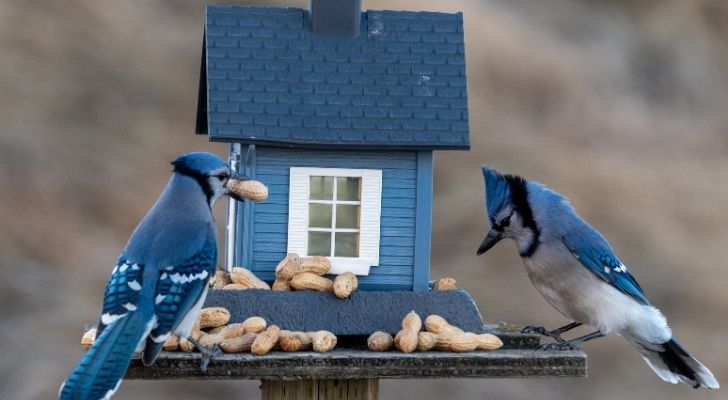 It is quite easy to differentiate male and female birds because, across most species, the male is a different color to the female.

However, blue jays are the same, making it difficult to identify whether they are male or female.

This is known as sexual monomorphism.

For blue jays, the easiest way to tell them apart is that males are usually larger than females.

The other way is through courtship. Usually, there will be one female surrounded by males who will follow and mimic her moves. 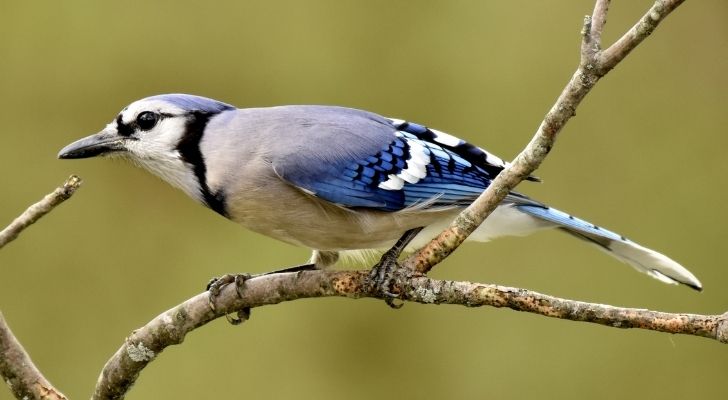 As the blue jays are native to North America, it is unsurprising that they have been an important part of Native American culture.

They believed that blue jays were mischievous birds that worked alongside coyotes and foxes.

Young boys would eat blue jays tongues as it was believed it would make them better climbers.

Other associations were that blue jays were arrogant birds that liked to gossip, and if you saw one in your house, it meant jealous people were praying on you.

Blue jays have one of the longest life expectancies. 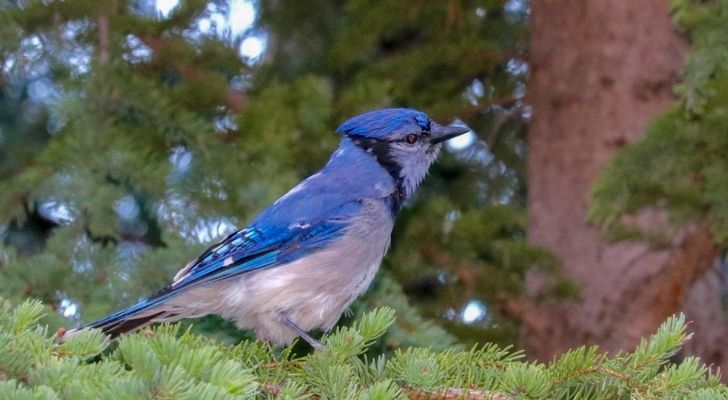 The average lifespan of most small wild birds can be anything from two to six years.

But blue jays in the wild will live to an average of five to seven years.

In captivity, they have been recorded to live up to 26 years!

Blue jays have predators such as hawks, cats, and owls which are all the most common causes of death for blue jays.

They are commonly used in logos. 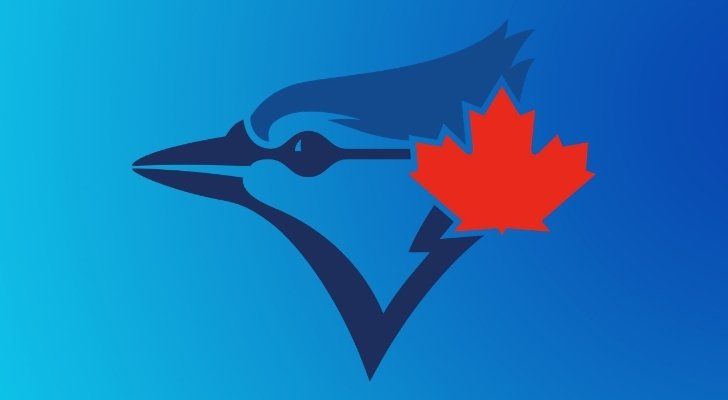 The major league baseball team, Toronto Blue Jays, named their team after this beautiful bird, and the blue jay is the team logo.

Their mascot is a blue jay named Ace. 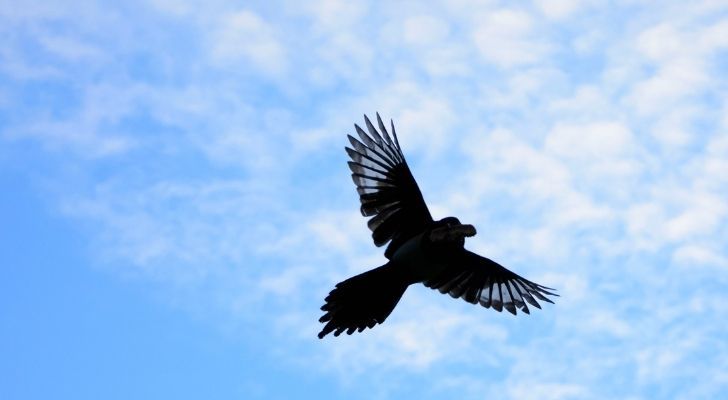 Not all blue jays will migrate during the winter, and when they do, they don’t all go together.

The blue jays’ migration pattern still remains a mystery, and there are no patterns or similarities that have been found.

Migrations have been seen across the Great Lakes and Atlantic coast; however, the statistics vary every year.

One thing that can be drawn from observations is that blue jays migrate during the daytime, in loose flocks, sometimes with as little as five birds and up to 250.

It is thought that perhaps the younger birds migrate due to harsh weather conditions, but observations have concluded that some adults migrate too.

There are theories that migration could be due to food sources, which would explain why it changes from year to year.

Blue jays can imitate the calls of hawks. 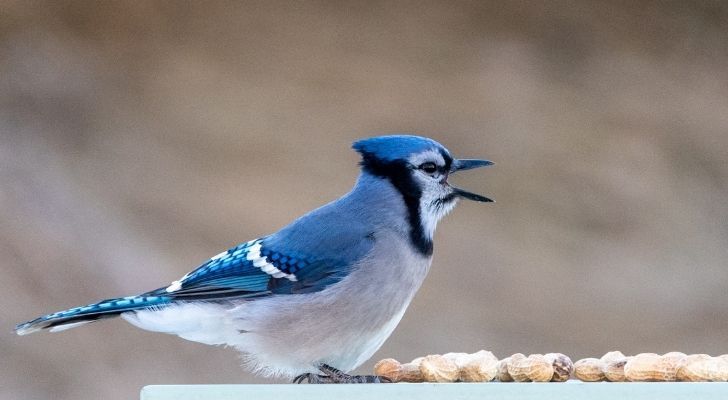 Blue jays can produce loud calls and screams that imitate not only hawks but cats and humans too.

Research suggests that blue jays will imitate the call of a hawk to see if they get a reply.

If they get a reply, they know there is a hawk in the area, and they must hide as the hawk is their predator.

It is also thought that blue jays will produce a hawk call to scare off other birds from their potential food source.

Blue jays in dreams are associated with communication. 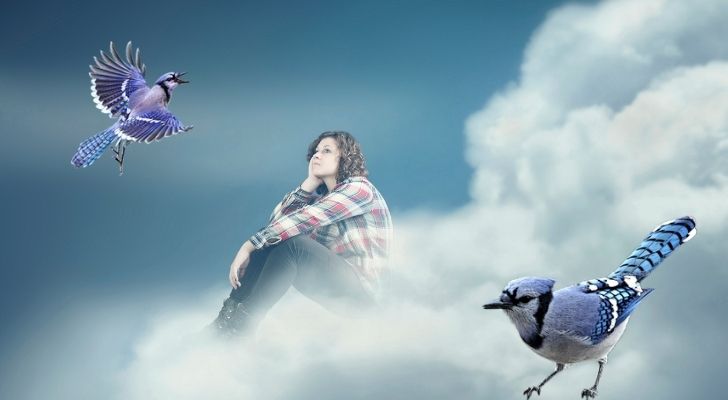 Blue jays have appeared in folklore across the world as they are considered talkative mysterious bids.

It is said that if you see a blue jay in your dreams, then you need to focus on your communication.

In the realm of animal spirit guides, the blue jay is said to encourage you to speak up and communicate something that might be playing on your mind. 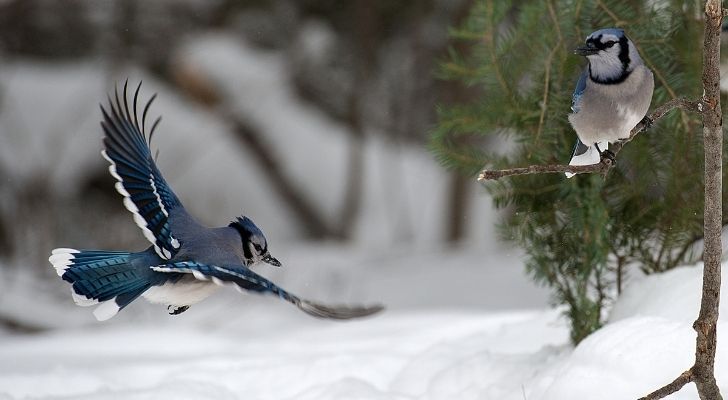 This might seem like a fairly fast speed; however, it’s actually quite slow compared to other birds in the same family.

Blue jays are the forest dwellers of North America, and they continue to be birds of mystery.

Their beautiful blue appearance makes them look elegant, but these are birds of mischief.

The blue jay is a bird of many talents and will continue to fascinate us as we learn more about this unique bird.